"This Cat Thinks You Stink" (I couldn't find the original print of this photo, so the name could be different) 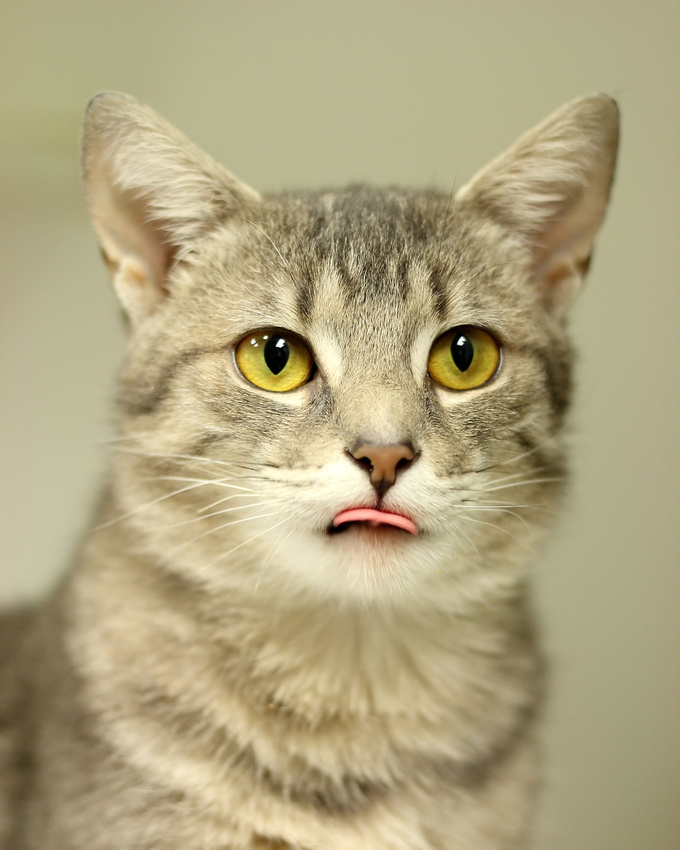 Story behind the photo: I volunteer as a cat photographer, where I spend my entire Saturday taking and editing photos of adult cats.  I avoid taking photos of the kittens because they don't need any help getting adopted... My love for the absurd draws me to photos where cats are sticking out their tongues... there's just something about it that makes me giggle like a little girl (which I'm not ashamed of!).  I've actually narrowed it down to a science, so that I can almost predict when they are about to do it!  It doesn't always work, but I can usually get several during a shoot.

- Had some hot spots that I should have removed by either burning the area down, or by using Camera raw in PS and pulling back the highlights.  The later of the two would be less destructive to the overall photo.

- Although I love when cats stick their tongues out, I recall one of the judges mentioning that he took points away for that very thing.  I still really like this photo, and actually have it hanging on my wall!

- I cropped this photo down from a 2x3 format to a 4x5 format to remove unnecessary portions of the photo. 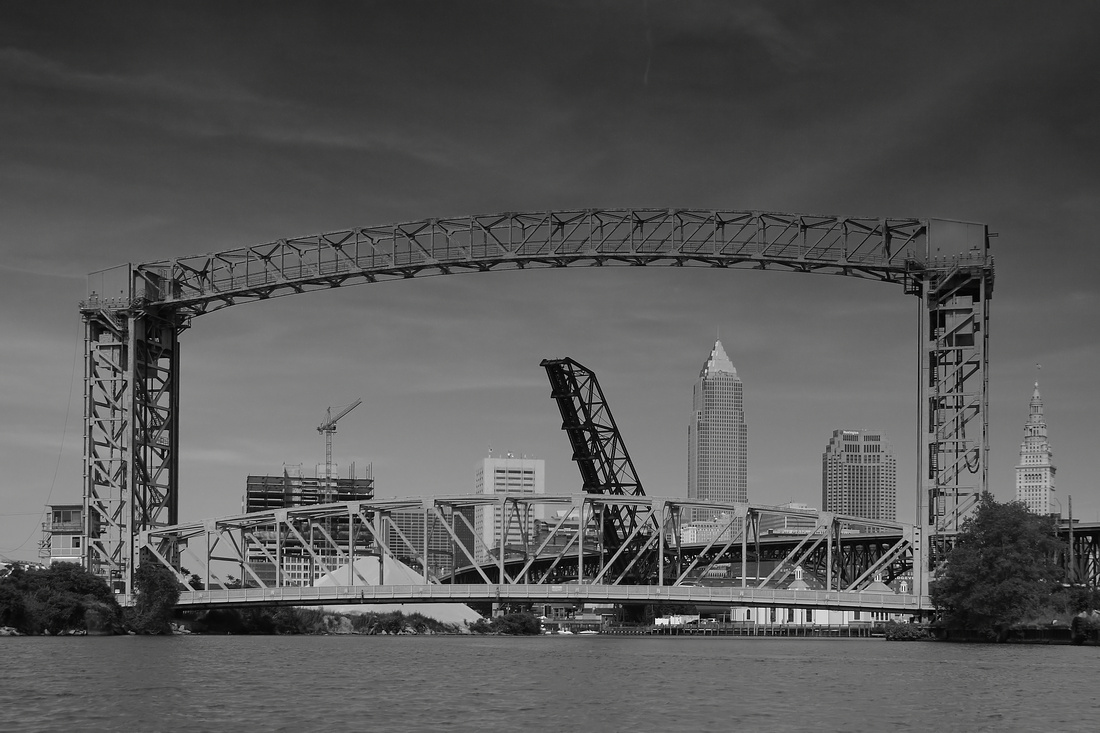 Location: Parked in Whisky Island park, then launched directly into the Cuyahoga near the first train bridge near the mouth of river. http://planning.co.cuyahoga.oh.us/whiskey

Story behind the photo: A friend and I took some kayaks on to the Cuyahoga River for some fun... So I brought my dslr, hoping that I wouldn't flip, and lose all my gear.  While floating downstream, I found what I believed to be the perfectly framed photo... with a flowing river, it makes it difficult to stay in one spot... so I'd snap the shot, then have to paddle back upstream... take a shot... paddle... so on and so forth, until I captured what I was hoping for!

- I cropped out some extra space around the photos... I don't think this negatively affected the image.

- The photo lacked contrast between the whites and blacks, causing it to be a bit muddy.  I should have used camera raw (Alt+Shift+A) in Photoshop, to give a greater contrast.  The blacks needed to be more black, and the whites, more white.

- The photo was a little over-processed using the noise reduction software, causing it to look a bit too smooth.

Make sure you print to the appropriate size sheet for the level of detail in your photo.  If you find that you have areas with low details, hotspots, or substantial grain/noise, consider printing on a smaller sheet that won't highlight your photo's downfalls. Printing to the wrong size sheet could cost you points, where every point matters.

Don't be afraid to have a little grain in your photos... Too much could be detrimental to your overall contest score, but too little could also do the same.  The key is to find a happy medium.

If you haven't already, I highly recommend saving your images as PSD files, as you have the ability to go back and retouch things that you wouldn't be able to with Tiffs or Jpegs.  Equally as helpful is to "convert your layer to a smart object", as you'll be able to go back and fix some of the changes you made... Make sure you "flatten your image" before you save to Jpeg (for digital uploads), but don't save over your PSD with the flatten image or you'll lose the layers.

The downside PSD files is that the photo size will be much larger, thus requiring more hard drive space. This is a problem solved by buying extra hard drive space for relatively low prices.  Do your homework and don't buy something that's often prone to failure or data loss... just food for thought.