September 08, 2017  •  Leave a Comment
Good day everyone!
Friday, September 8th was the most recent B&W photo competition at the Cleveland Photographic Society, and it was a tough one.  There were fewer entries than normal, which meant that there were even fewer photos that actually placed.

A while back ago I had mentioned that I was going to do a little work with a local potter to capture some creative photos.  That day has come and gone, and another one will be in the future!  Two of this evening's competition entries were from that shoot. 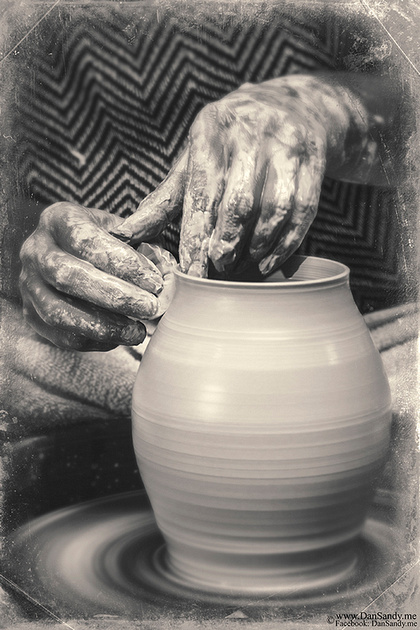 ​"The Potter's Hand" - Did not place
I didn't personally know the artist, but she was extremely friendly and happy to help in my pursuit of different creative photography. I thought this image was neat because it showed the spinning vase as she was sculpting.  Although I enjoyed this image, one of the judges felt that the treatment around the edge was distracting.  I'm hoping to take the critiques in mind while I photograph during the next shoot. 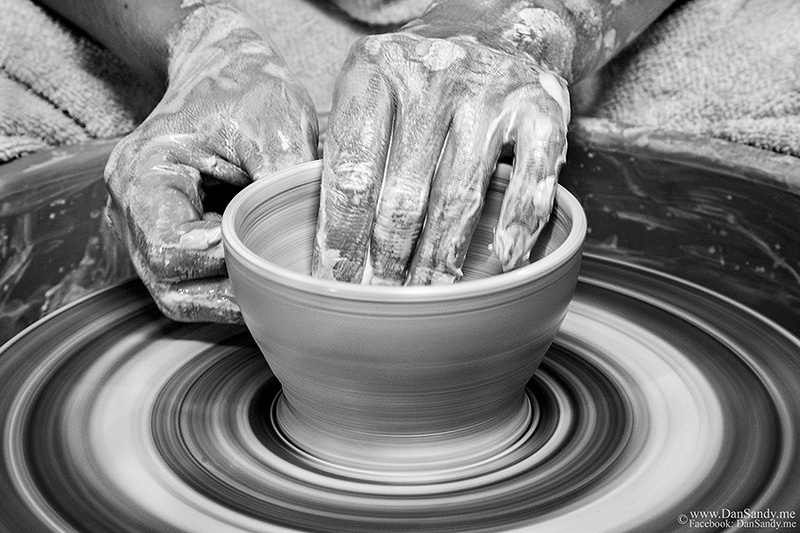 ​"Spinning Clay" - Did not place
I really like this shot... The tonal range and lines created by the spinning table while using a slower shutter speed on the camera.  Both of the B&W entries were taken using a tripod and a solitary light source. The one judge stated that the abrupt cropping of the curved lines at the bottom of the photo interrupted the flow... Can't say I disagree with that assessment...I look forward trying different shots with this artist in the coming months!  Stay tuned!
Pictorial Competition 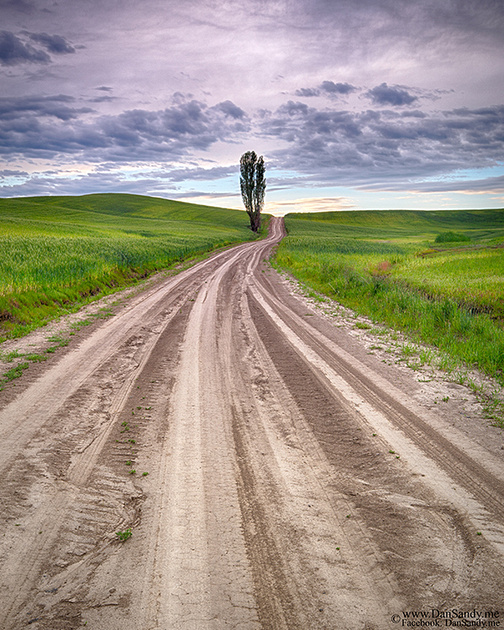 ​"Dusty Dirt Road" - 1st place
Although it has been several months since I took a trip out west, I'm still editing photos from the vacation. This shot was captured on a road just north of the entrance to Steptoe Butte in Palouse, WA.  When I first started shooting on this road, I left the car windows down as I drove around, not realizing how dusty it really was.  After driving around for a few hours, the interior of the brand new rental car and my camera gear was coated in a fine dust.  Despite that fact, it was still pretty fun driving around roads where you almost never saw another living soul... I'm just happy I didn't have any car troubles, because phone connectivity was spotty in places.
The next competition will be a Nature & Pictorial category on the 22nd.  Until then, I wish the best for all of you!
Take care,
Dan