I recently hosted the most recent Creative & Pictorial competition at the Cleveland Photographic Society. Although there were many beautiful photos entered, it was a tough competition once again. 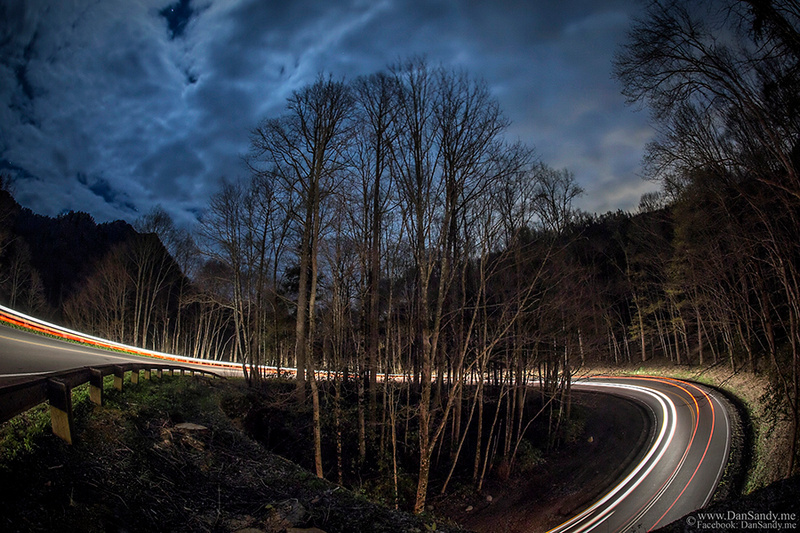 ​"Midnight Racers" - Creative Competition - Did not place
I took this photo back in April during my trip to the Smokey Mountains, where I stood in the dark for hours just waiting for cars to drive past. This road is on the way back to Pigeon Forge, KY from Clingmans Dome. I got lucky with this shot because I was able to catch cars moving in both directions, which only happened a few times throughout the night!  Once the number of cars began to wain, I packed up my gear and headed back to the cabin for the eve.  During the critique portion of the competition two of the judges argued about this photo... what one judge hated, the other loved... just goes to show that art is subjective and seen differently by different people. I for one love this shot!

​"Urban Lifeblood" - Creative Competition - Honorable Mention
One of the perks of being a member of the Cleveland Photographic Society is that we occasionally gain access to different vantage points throughout the city.  For a while we were going to the 44th floor of the Terminal tower before the building was sold.  Sadly we can no longer gain access as we once did...  On the good side, one of our friendly members was able to get us on the roof of the Ernst & Young building right near the lake!  This shot was taken looking West towards the Lakewood area.  As you can see, I did some post processing to highlight the highway through the shot... It only took a few hours and was just barely able to score enough points to get the Honorable Mention.
​ 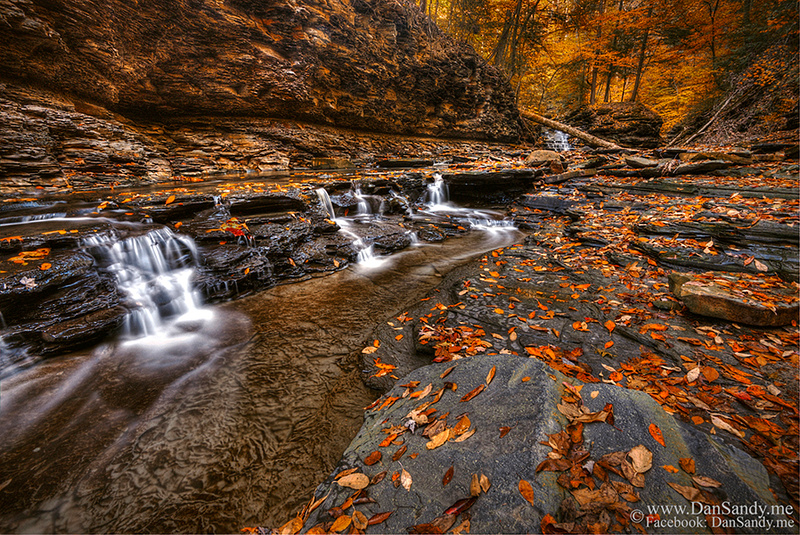 ​​"Beyond Bridal Veil Falls" - Pictorial Competition - Did Not Place
This photo was taken at my favorite place in the Cleveland Metroparks.  It's easy to get to, but the rocks can be quite slippery. No matter the season, it's always a great spot to capture some nature photos!  This was unfortunately my lowest scoring entry of the evening, and I'm not sure why it placed so low... but that's just how things worked out... better luck next time!
That's all I have for the rest of the holiday season.  My next photo competition won't be till early next year, so I have some time to get some more shots before!
Take care until then!
Regards,
Dan